“The Dance” is a stop motion animation in which a hand made dress is animated. The dress is covered with text in Farsi. The text is composed of Iranian contemporary poems with political and critical content. The video is 1:41min and has two parts: in the first part the dress is dancing to the music and in the second half the dress gets stained, dirty and dirtier, also the music has deteriorated.

In this video “dress” is a metaphor for “the absent body” of women, and dancing denotes the forbidden act. 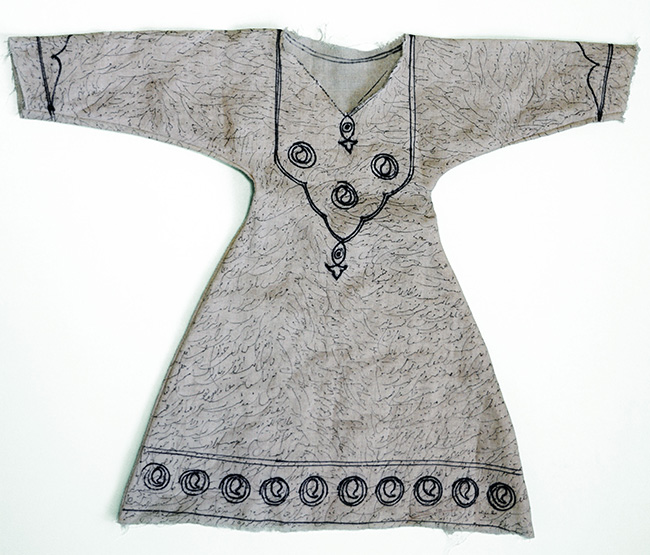