In the summer of 2013, I did a performance in downtown Calgary that explored the idea of “being the Other” in a foreign country. Clad in a homemade dress with printed text and patterns, I walked along Stephen Avenue and offered small handmade packages (placed on a tray) to pedestrians. I wore a patchwork dress made of pieces of canvas (the material used for painting) which were ornamented with Iranian cultural elements: Farsi text and Islamic patterns. I made 100 packages to give away. Each package was constructed of a piece of brown paper, crumpled and wrapped in the same printed fabric that I used to make the dress, forming a little pouch. The paper had text on both sides. On one side the word “message” was printed (by an inkjet printer) employing various fonts and sizes. On the other side I wrote (by hand): “The message is here”. I put the pouches on a tray which was covered in the same fabric and offered the tray to the strangers in the street. 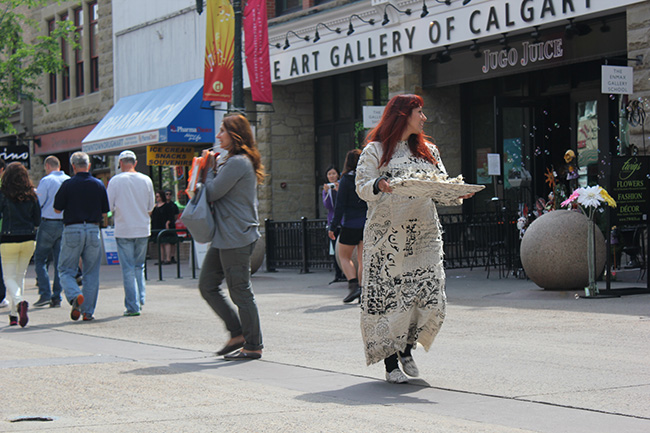 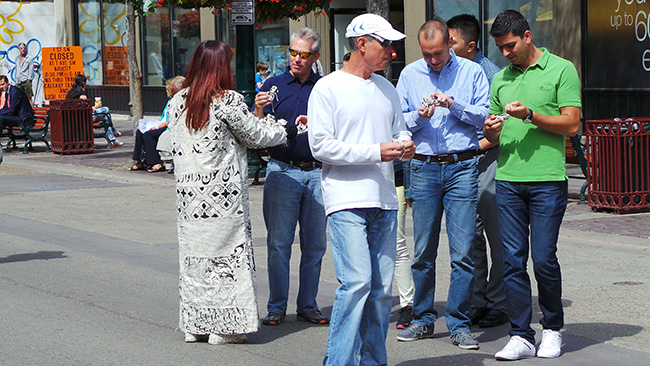 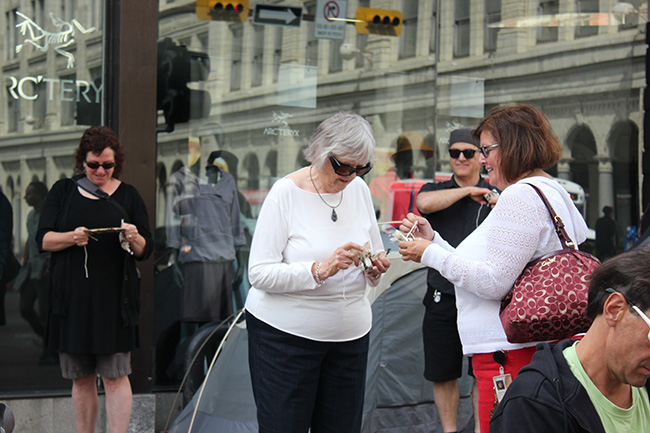 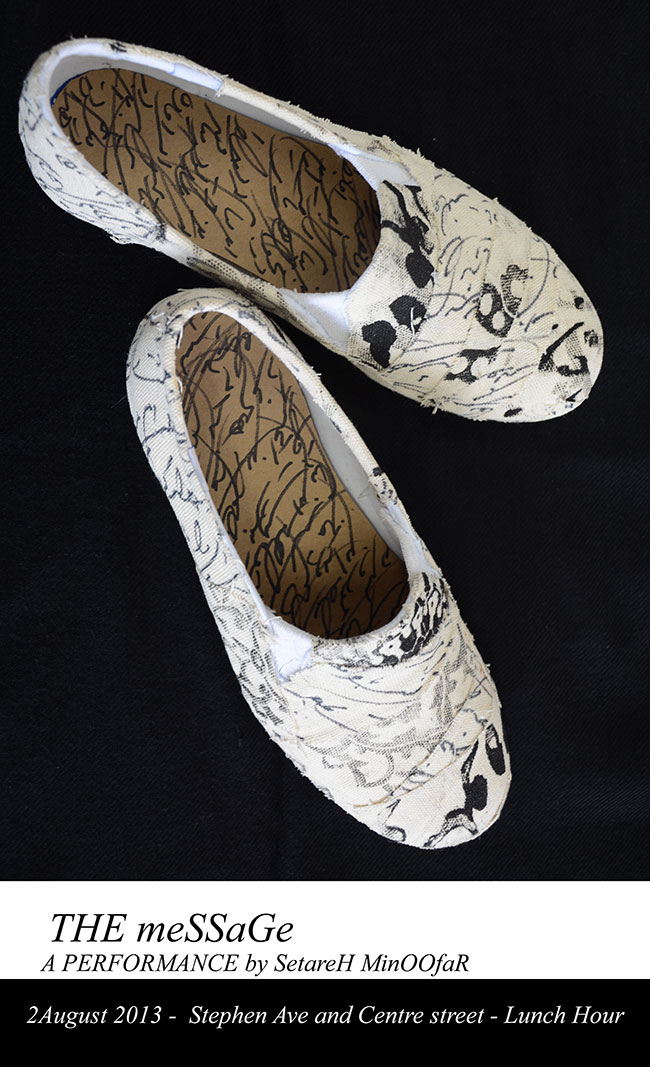